While his partner ASAP Rocky is dealing with some legal issues in Switzerland, ASAP Ferg takes some time off for fighting for his release with a new single titled “Wam” featuring Atlanta’s MadeinTYO. The record is featured in Revlon’s new short film Step Out of Line which also stars Mette Towley. This follows his other new single the City Girls & Asian Da Brat-assisted “Wigs”.

There is also a petition started for ASAP Rocky’s release #JusticeForRocky with goal of a million signatures. To support the cause, you can sign the petition now on Change.org.

Stream “Wam” below and download it now on Apple Music/Google Play.

Stand in support and request Rocky’s release from Swedish officials! Sign the petition and join the movement at change.org . JusticeForRocky LINK IN BIO 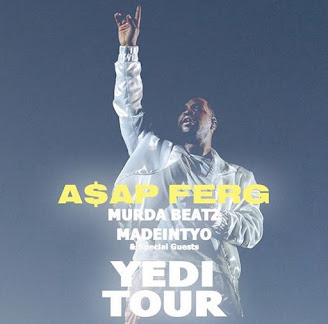