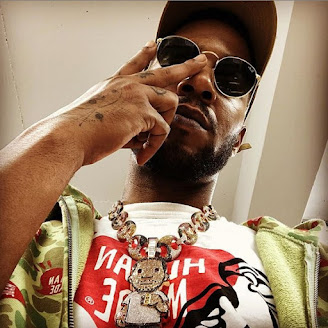 Kid Cudi just announced that he will be releasing a new album titled Entergalactic,  the album also spawned a new Netflix adult animated music series. Cudi partnered with Kenya Barris to produce the Netflix series, which will be based around his album of the same name. He is set to write, star, and executive produce the entire series. The series will also reunite the Cudster with How To Make It In America creator Ian Edelman who will co-write and co-executive produce the project.

Entergalactic will be something you've never experienced. I promise it'll be a fun ride. Lot of good friends involved. Great songs too! The cast is coming together. I know a year from now seems like forever but itll be here before u know it!

Check out the promotional clip below and stay tuned for information on the album and the series as it becomes available.

Kid Cudi has partnered with Kenya Barris on an innovative adult animated music series based on his upcoming album, #Entergalactic. @KidCudi will EP, star in, and co-write the series that follows a young man on his journey to discover love. pic.twitter.com/d8E4yBd3UY