“When I was trying to sell Blu on what type of album we should make, I felt like we had a responsibility to follow in the footsteps of the greats before us to make sure that we follow our tradition of sound and update it sonically, but also lyrically, with where we’re at now. I don’t know if pressure was the right word, rather than finding the comfortability of our chemistry again. Once we found that, and it felt right, it just naturally happened for us to be able to, basically, pick up from where we left off at our best chemistry.”

Here is the new single, “Miles Davis”. You can stream it below and download it now on Apple Music/Google Play/BandCamp. 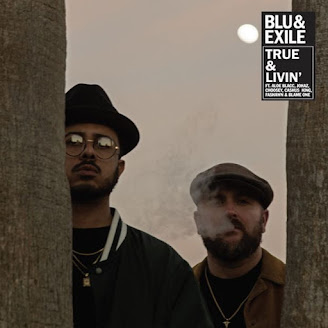