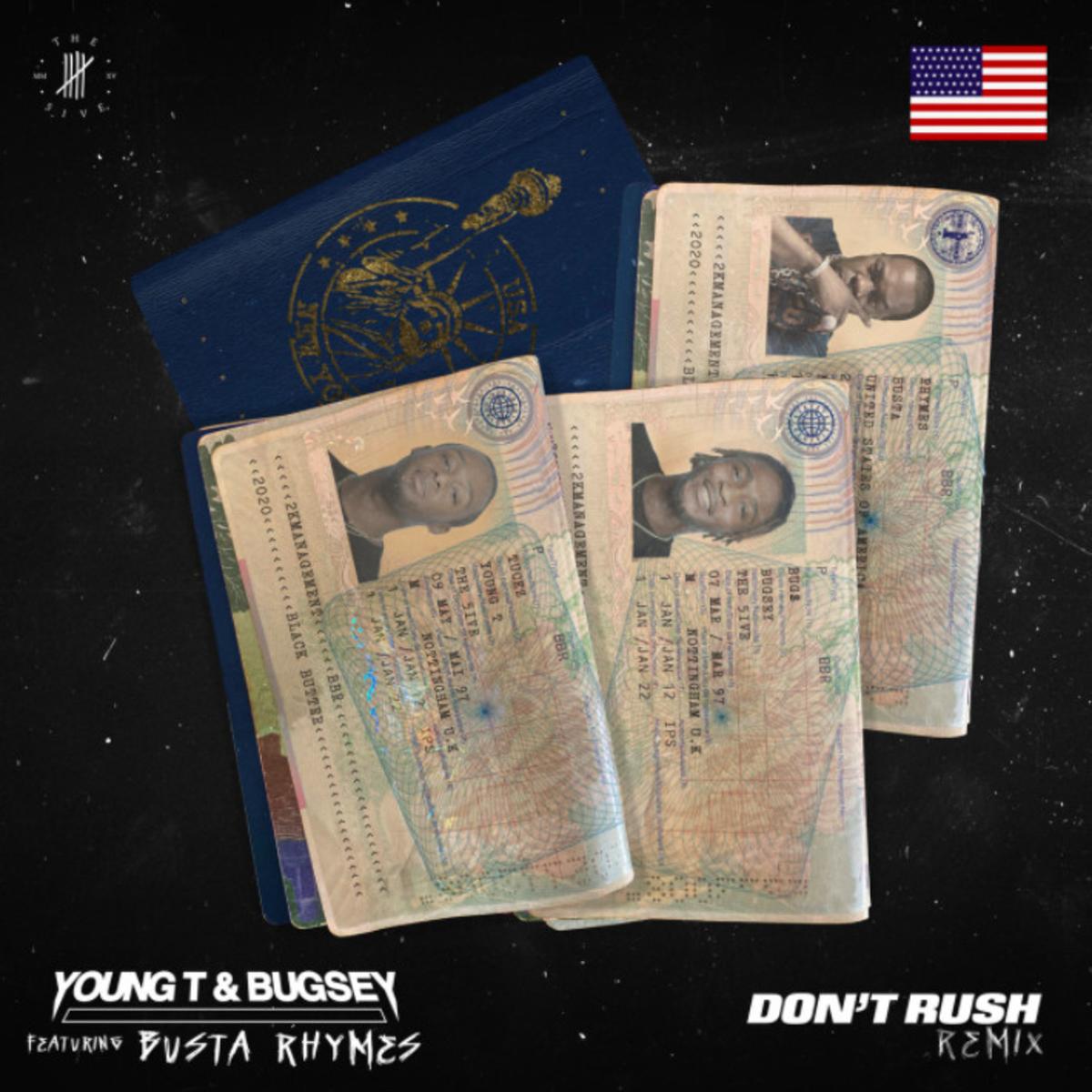 Young T & Bugsey call on Busta Rhymes for the remix to their hit single “Don’t Rush”. Busta had this to say about the collab:

“Young T and Bugsey have officially made one of the biggest chunes of the year. I felt honored when they mentioned my name in the song and in doing so, that combined with how great the feeling is on the record. It’s like they rolled out the red carpet for me to get on the remix. Now that we’ve come together on this remix, expect the world to get mashed up a little more but in a great way though!”