WeUpOnIt: How did you get the name Kid Ink?

Kid Ink: Kid Ink represents when I was younger & started getting into music, around 16 years old [and] I used to work in a tattoo shop so, Kid Ink pretty much represents the tattoo lifestyle that I try to represent. And If you look at the Bic man on lighters & the pens, you see there’s a little baldy guy, like a little ‘ink’ guy & I just came up with a idea from that.

And It just stuck with you?

Yeah & it just stuck with me. And I came up, with the logo, with the guy and I was like, ‘that goes along with what I was thinking’.

Ok. Well, since you’re a fairly new artist, how do you separate yourself from everyone that’s out now?

I feel like I’m pretty diverse, more diverse than a lot of my peers out there. Some people have direct lanes that they try to go after; I try to just pick different types of beats & use different producers & just try to come up with different ideas than everybody else.

Your also a producer yourself right?

Yeah I started off producing around like 16 years old.

Who all have you worked with as a producer?

Producing, I’ve been in the studio with Sean Kingston, Nipsey Hu$$le, Diddy—Actually I just produced some stuff for Ray J just recently. Before then, it was more so like, up & coming artist; a lot of people that are working now, like Skeme & [a few others I] knew from back when we were younger.

And which do you prefer? Rapping or producing.

I feel like it’s just different.  For me producing was always more of a hobby thing & it was always fun. I feel like rapping is more work & being an artist is WAY more work. Producing was just for me [kinda] chill. So I guess, at the same time, I wanna get back into my producing & stuff like that but it’s kinda hard to do both at once, when you’re really trying to focus & perfect one.

I feel like as a producer, I had reached  a point, where I was comfortable with my craft & now I’m perfecting this [rapping] & once this is fine, I wanna get back to working with both.

So right now your heart is in rapping?

That’s what’s up. How did you link up with DJ Ill Will?

I used to produce for Yung Berg, and from that I started spitting over there, rapping & getting on his [Yung Berg] mixtapes. DJ Ill Will used to host his mixtapes — I got the connection & started sending him my own records & everything. And we ended up linking up at a video shoot, chopped it up & he found out I was a free agent & we started business from there.

And that led up to you dropping the mixtape Crash Landing?

Now when you put that(Crash Landing) out, did you expect for it to pop like it did?

To be realistic, no, [but] I expected a big response ‘cause we dropped the 1st single, “Wait For Me”, which was like the 1st song by Kid Ink & the response from that was way bigger than I thought. So I kinda expected a little something but the mixtape still had a way bigger response[than that] from all different types of other sites & that’s how it got picked up. The response that I actually got from fans was way more positive than negative.

Yeah, ‘cause I mean, for an artist that’s at your same level, the response you got was like 3 or 4 times what anyone else would get.

Exactly. I got skipped over a lot of different things. Ya know.

You’ve [already] worked with a lot of known artist like Wiz Khalifa?

Me & Wiz, we don’t have any finished records. We’ve been sending records back & forth trying to come up with some ideas but we haven’t come across that right record yet. That’s my boy I see him every once & a while.

Yeah I knew him from before. Like a couple years back, I met him in the studio when I was just producing & he used to work with one of my producers & we chilled, smoked & chopped it up from there.

So, what can we expect from your debut album Daydreamer as far as features & producers?

Well, we definitely got some brand producers. The Olympicks did some production, The Runners, The Bizness, Cardiak, Get Familiar, Kay East he’ll have some production on there, Jahlil [Beats]. I try to still use no name producers that do hot records & not just [make] hot beats. And as far as features, we got Tyga coming through, Cory Gunz came through, Gudda Gudda, you know Young Money,  blessed me, Meek Mill is back on. Brand new, we got Ray J. I’m working on some stuff with Nipsey Hu$$le. Tory Lanez came in & dropped some stuff for me.

Now you’ve got a joint with Meek Mill that’s one my favorite tracks to spin at the crib, “Blackout”. How did that collab happen?

I had Lex Luger send me some beats & every time Meek Mill comes out here, we get in the studio working & he got his new Maybach thing, you know, working over there with Ross & them. Lex sent me the record, I dropped the idea & speaking of him [I said] ‘Meek is perfect for it’ so I sent it over to him & he sent it right back & it was a wrap. Video coming soon this summer.

That’s just what I was about to ask you, where you going to put out a video for that one.

Yeah. We wanted to shoot a video last week but I had a show when he was out here & I was on my way to Canada. So we didn’t get that together. Next time he comes out here we’re gonna definitely shoot the video & that’ll be that.

Is there a dream collab that you would like to have on this album?

I do wanna get a Big Sean feature. I am a fan. I feel like [me &] Big Sean would come up with a crazy dope record.  I definitely still wanna get a Wiz Khalifa record out for the people ‘cause you know, they asked for it.

You have to supply the fans with what they want.

You’ve got some spittaz on there, some guys that can REALLY spit.

Yeah, I’ve definitely got some spittaz on there. *laughs*

Lowkey is a LA term that we used a lot throughout high school & growin’ up. Lowkey was just like undercover, down low type. I came up with record & we were just bein’ funny throwin’ the idea back & forth, thinkin’ about high school & the word came back into play.  I was just like ‘I’m doin’ the record “Lowkey Poppin’” ’. The Runners sent me the beat. And I was like, ‘That’s the one. Let’s go.’ & that was it.

And what can we expect from the video with all that Cali sunshine out there?

For the video, we shot the video out in the desert , fire [everywhere], we’ve got fire breathers out there, cars on fire, refrigerators on fire, shit blowin’ up, we’ve got smoke. It’s crazy out there. It’s real….It’s a movie.

Yeah, it’s real dramatic. Girls come out the floor, got some beautiful ladies out there. It’s crazy out there. I can’t wait to see it. [I’m] definitely dropping it this weekend [or] hopefully Monday (6/13).

What are 3 things that could happen to you in 2011 that would make this year perfect?

Or you can just give one big one.

Hopefully we can get that major label deal we want, when we want it. Right now, we’re workin’ everything independent, we’re just makin’ our movement strong. That’s one thing we can look forward to in 2011. Hopefully we get the single on radio play & that’s about it right now. It’s really hard to say ‘cause everything has been moving so fast & I don’t know what to expect at this point. *laughs* So many different moves & so much could happen. We’ve got some things in the works now for 2011 & I think there’s going to be a few surprises.

Do you have anotha mixtape on the way or is the album the next thing your gonna do?

After we drop this Daydreamer free album, we’re gonna go to Apple Music & drop an EP of some sort. Produced by me & probably Jahlil Beats.

Yeah I’ll do like 10 records & we’ll just split it up from there.

That’s what’s up. I’m gonna be lookin’ out for that. You got any shout outs or lasts words you wanna leave for the fans?

Look out for Daydreamer. I think Daydreamer is gonna be crazy. It’s gonna surprise ‘em. Look out for Tha Allumni & just look out for the movement. We’re gonna get it poppin’. 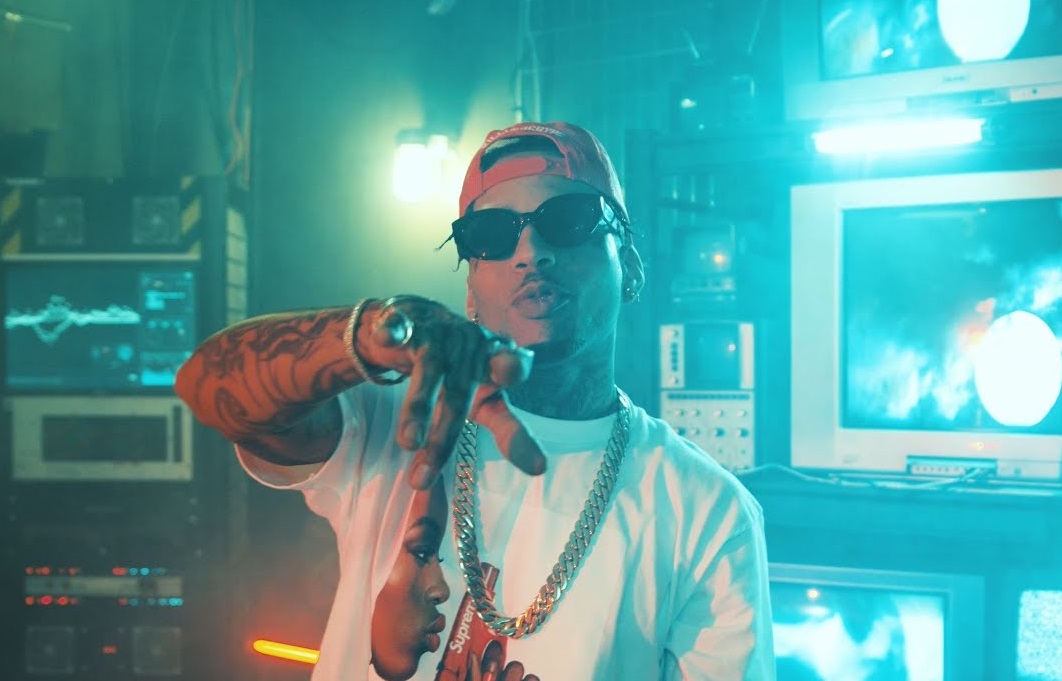 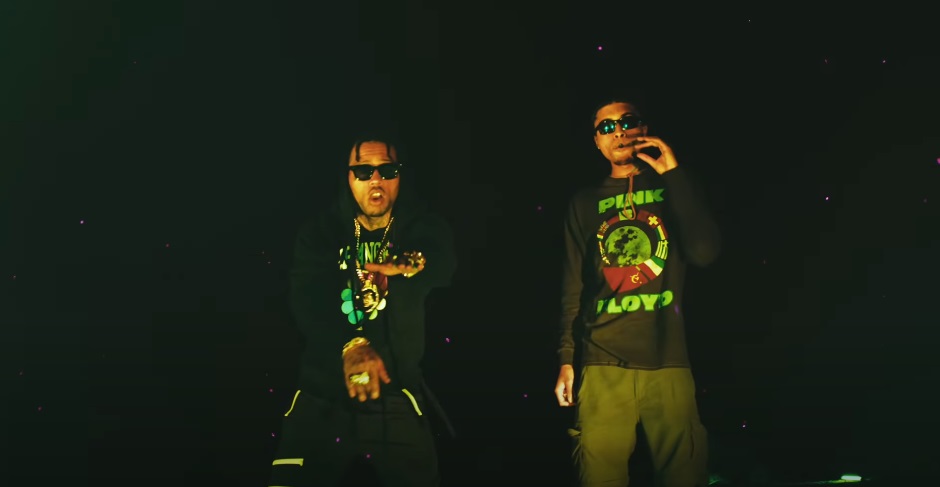 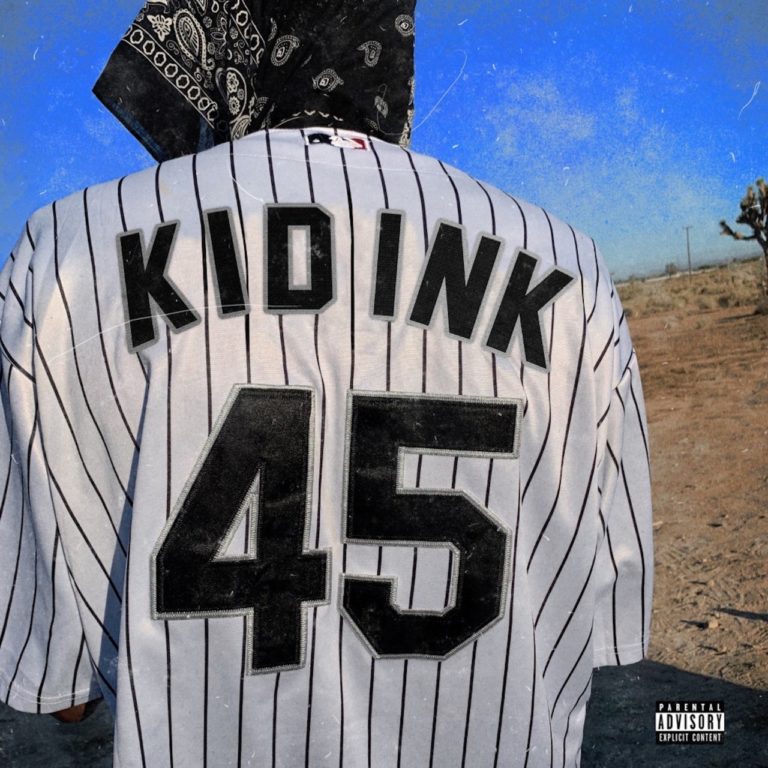 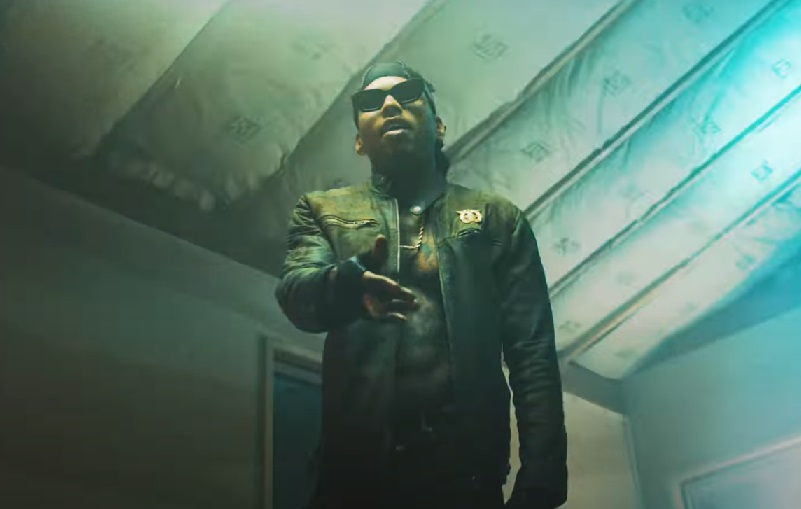