You & Cassidy dropped the visuals for the “Otis Freestyle” and it featured Dame Dash at the beginning of the clip, is there a possibility that The Larsiny Family will be doing something with Dame Dash’s DD172 crew?

*Laughs* I don’t want to be the one to say anything but yeah we are. We’re in the midst of working with Dame. In the future, as well as now.

You don’t have to give any details if you can’t right now.

Yeah, without question. I don’t wanna go into any details right now but you got that.

You’ve been doing this for a minute, battling and industry wise, catch people up on where you started to get to this point where you’re at in your career.

I started battlin’ in LA. Rippin’ cats in LA. I felt that it really wasn’t a lot of competition out here for me. Not saying that we [LA] don’t have any competition, we do, we’ve got spittaz, but I felt at that point in time where I battlin’ & doing the battle scene I felt I was on a higher level.  So I wanted to try it out and take it to New York.  I did Fight Klub and was successful with that. I won a lot of battles.  Against one of the cats that’s still battlin’ now named Cortez. That was like the 1st dude I battle. I beat him.  I battled a lot of people. One of the guys that was on 106 & Park named Johnny Cash, I beat him. So took my skillz to New York to see if I really had it.

How’d you end up running into Cassidy? Just doing Fight Klub and you linked up like that?

Actually a friend of mine ran into him in Jersey at Cadillac Doug’s Center.  That happened to be talkin’ and my boy asked him ‘Would you like to meet a friend of mine’ and Cassidy said ‘Yeah we’ll  work with him’. Ya’ know he played some of my songs and his cousin rapped [too]. He played him some of his cousins songs. He asked ‘Who would he really put up?’, ‘Who would you really put forth and say I’ll back this dude 100% and you know he’s got spit and he’ll go in 100%?’ and my boy said me instead of his cousin. So Cassidy hit me up and I came out to New York a few weeks later.

You were success in transitioning from battle rapper to a regular artist, which a lot of people can’t do. What separates you from other rappers that took that route?

Just being creative and consistent with new styles and just having fun with the music. I’m doing what a other rappers don’t do. A lot of people take it too serious and wanna worry about reppin’ the West so crazy and putting the West on.  I’m just really trying to put the music back on. I’m doin’ it for hip hop. Not just the West. I’m doin’ this for a totally different reason.  Me doing the battle thing was just a stepping stone. I knew that I was going to be able to do songs because that’s what I thought you had to do anyway. Ya’ know.

Yeah. The Cali scene..I mean..It’s a lot of people out there that just do units in Cali and they’re satisfied with it. What do you have to say about artist like that?

I’m not that. I mean..Some people only give us on lane to do it. We got the gangsta rap. We been having that. Since the ‘80s, that what is it. That’s the lifestyle out here. That’s what they do. But, I don’t bang. I’ve grown up around banger and I’ve been in the streets but I never really repped a certain gang so my music comes from a street stand point but from a totally different view ‘cause I can see so much other shit than just stayin’ in the hood.

Do you feel like that makes you less West Coast?

Yeah, without a question. I started traveling at a young age. I was playing basketball, coaching and recruiting for an AAU team out here that a whole bunch of NBA players played on this team. Like Brandon Jennings with the Milwaukee Bucks. That’s my boy. So I was already traveling, getting out and seeing more. So I think that’s what made me less West Coast. I started hearing different rappers rhyme the way they rhyme and piecing out bars the way they piece out bars and I was like ‘Man that’s creative.’ And I was feeling like I should be able to do that too. Just because I’m from the West doesn’t mean that I can put my arms in my bars the way everybody else is.

Do you the 1st one’s you are going to shoot?

The “Marvin’s Room Freestyle” will probably be the next

I’ll drop. Then “Bus Stop Music”. We plan on dropping a lot videos. We’re workin’ their gonna be coming in the next couple months.

It’s no secret about Cassidy’s legal situation right now. Are there any updates on what he’s going through? How has he been handling it.?

He’s good. He’s good.  It was a misunderstanding. A miscommunication thing, that he went through. Ya know. They locked him up for a couple days but he got his legal team on it and everything is situated. He’s good.

So it’s basically over with now?

Yeah it’s over with. He’s straight. It was all rumors. You know how the press does. Ya know. They switch up everything. Somebody heard he got locked up and they went and dug up this whole case and caked up like he was on a whole ‘notha new case. Nah it wasn’t ever none of that.

Yeah the way it came out it looked like Cassidy was facing 25 to life. Facing murder.

Nah, not even. Not at all. It was never even anything that he couldn’t hand in a couple of days.

The new project your about to drop is part of DJ Far’s ‘Art Of Freestyle’ series, what can we expect from that?

A whole bunch real rap. On California I.D., I went in on songs and gave people a new style, a whole style of how I feel California is. Now I’m going back I’m taking it back to the rap. I’m letting everybody know that I’ve got bars and the reason why I’m with Cass is because I’ve bars. He’s known for spazzin’ out and spittin’ crazy punchlines and that’s what I do just from whole ‘nother coast. So I wanted to show everybody on this one, don’t get it twisted. I know I’ve got a lot of songs but I can go in my bag anytime I want to and this time I’m not playin’no games. I’m destroying beats. I’m jumpin’ on old or whatever it is, I’m destroying it. ‘Cause I want crown. I want people to say, ‘This dude is one of the best we’ve ever heard from the West’.

Everybody in The Larsiny Family has a battling background, do ya’ll just have epic cyphers every time ya’ll hit the studio together.

You know what, we used to a long time ago but we respect each other so much, we just be jumping on songs so crazy. We’ve haven’t even really been in that bag but we need to get back it in that bag anyway cause it’s always fun to spar. That’s what we do.

Like if somebody just comes in and drops a bananas beat and one person starts spittin’ and then another and it just goes on for hours?

Yeah, Yeah, Yeah, Yeah all the time. We’ll put on a old beat. Me and Cass actually had a song we do called “Workshop”. We just had the vocal and just the beat all day and we go in and be that same beat bars, bars ,bars for days.

After ‘The Art Of Freestyle’ what’s next. Do you have an album in the works?

I’ve got a album coming, I’ve got the The Bret Heart Experience 2 on the way, which is going to be no freestyle on there. It’s going to be all [new] music. Getting evetybody prepared for what I’m gonna do when I do come out with album. Then next thing that coming is the Larsiny Family. We’ve got a Larsiny Family album coming soon. It’s a lot of [projects] coming soon. We’re working crazy.

If so, what producers or artist would you like to work with, in mind?

It’s so many nice producers out there if I name one a lot of them are gonna get mad. Really it’s the same thing with that. Whoever’s got fire. It’s a lot of big name producers out there that I respect. A lot of people I wanna get with like, No I.D. on some real hip hop. I definitely want to do that. It’s a whole lot of people I want to work with. I’ll just leave it open. I wanna do it how 50 does it. Don’t put no name on the CD. Let me put the CD in and listen to the beats and I’ll just pick the most fire beats. We doin’ it for the music, not the name.

Ok. Do you have any last words or shout out you wanna leave for the people? 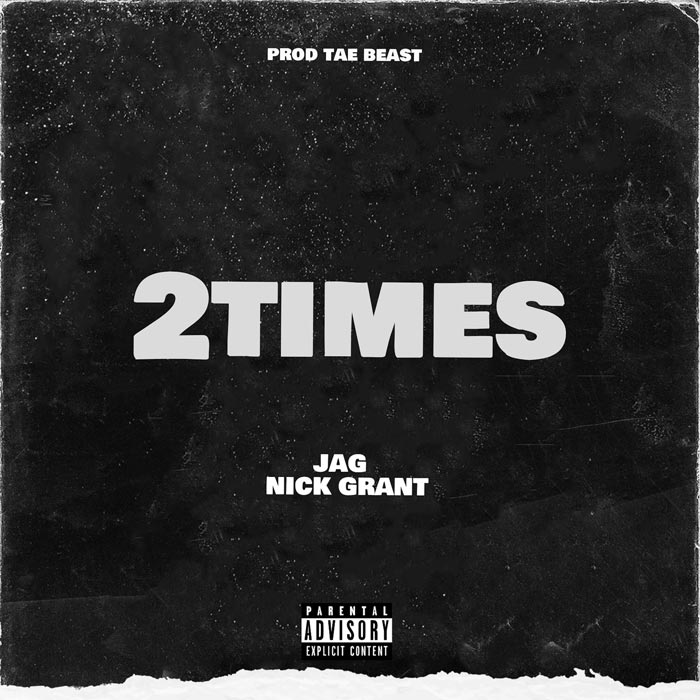