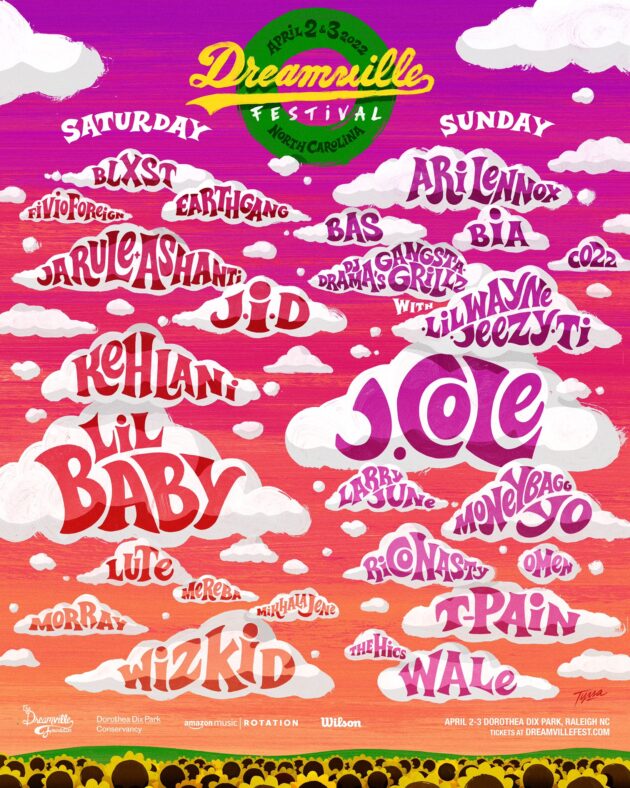 Dreamville has announced the lineup for this year’s Dreamville Festival headlined by J.Cole and Lil Baby. The two-day festival will be held at the the historic Dorothea Dix Park on April 2-3. Lil Baby will headline the first day and there will also be performances by WizKid, Kehlani, Fivio Foreign, Blxst, Morray, and Ja Rule with Ashanti and more. The second day will be headlined by J. Cole and feature performances by Wale, Moneybagg Yo, Larry June, BIA, T-Pain DJ Drama a Gangsta Grillz set featuring Lil Wayne, Jeezy and T.I. and more. Dreamville Partner and Festival President, Adam Roy had this to say:

“It’s exciting to finally be back. Ever since we wrapped our first fest, we’ve been waiting to get back to the park with our Dreamville family. We had to come back bigger and better than before. With the fest moving to two days, Dreamville Festival is about to become the festival our team has always dreamt about. We want this to grow into one of the premier annual music experiences in the country.”

A portion of proceeds from this year will be donated to the official Dreamville Festival charity partners, the Dreamville Foundation, and Dorothea Dix Park Conservancy. Tickets can be purchased here.